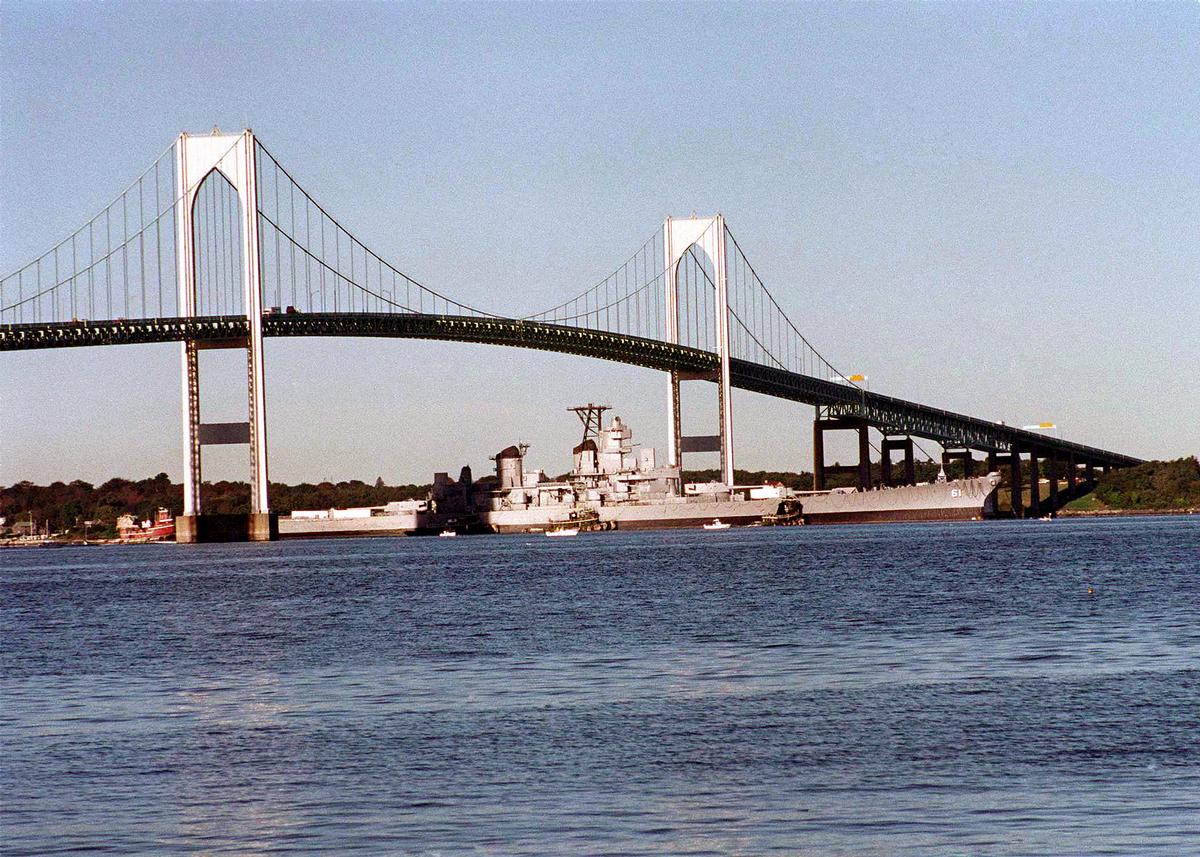 The decommissioned battleship Iowa (BB 61) passes under the Newport Bridge on its way to join the decommissioned aircraft carriers Forrestal and Saratoga at the Naval Education and Training Center, Rhode Island. The three deep draft ships were moved by the US Navy from Philadelphia as a result of the Base Realignment and Closure (BRAC) decision to close the former Philadelphia Naval Shipyard