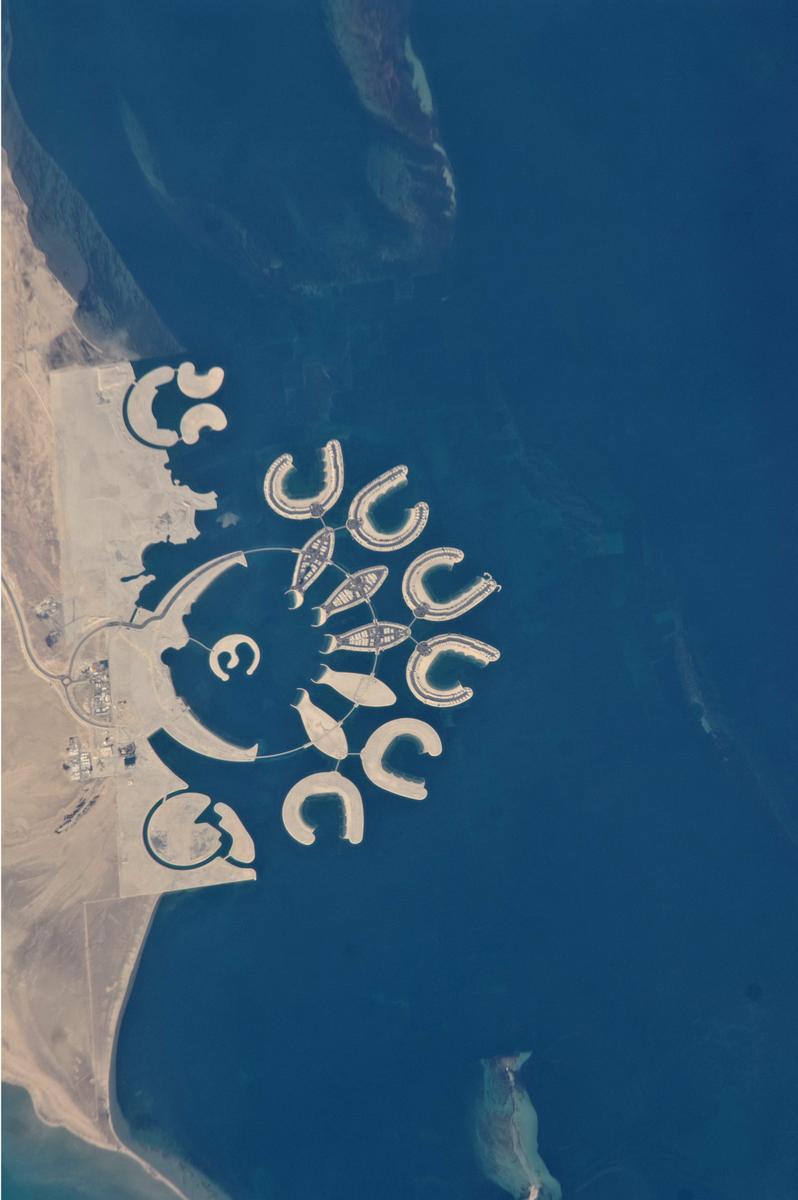 This astronaut photograph shows that construction on the surface of the two southern atolls and petals has yet to begin. Artificial beaches have been created on the inner shorelines of the Crescent and petals, with smaller beaches on the inner ends of the atolls and Hotel Island. The angular outline of the golf course, where many more residences are planned, can be seen between The Crescent and the marina. What may be a second marina is being carved out at the south end of the complex (mirroring the one on the north), though no such marina appears in earlier published plans for Durrat Al Bahrain